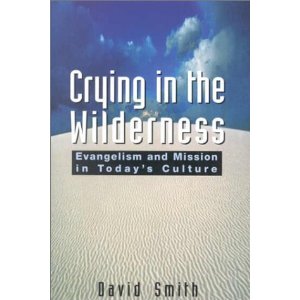 This question seemed to be one of the premises behind a book I read recently, although I am uncertain as to the author’s final answer.

Because I haven’t done a book review for a while I thought I would review this one which has been sat in my drafts box for a few months. In the course of researching housing scheme development and history in the UK somebody recommended this book to me and so I thought that I would give it a bash. The title seemed interesting enough and held out the promise of some practical insights into our (post) modern culture.

To be honest I am not sure what I really think of it. I wanted to be excited and stimulated but in reality it seemed like a pale version of (any) work by Francis Schaeffer. In fact, for anybody who has studied missiology at a basic level this is standard fare. I am still not sure what the author was trying to achieve when he wrote the book. It is a sort of historical (ish), philosophical and prophetic statement on his view (intellectual and middle class) of Christendom in the UK. He made very basic applications in parts such as the need to learn from Carey about his sensitivity to communicate Christ contextually (p13). Sadly, that is about as practical as the book got (in my opinion). However, there is a great chapter about Scotland as a case study for the decline of Christianity in Europe.

Hevdoes ask some interesting questions including:

Can traditional preaching survive in an era of multi-channel TV, the global spread of new information technologies, and a shift in public education from texts to images, from books to screens.

I think the answer is yes. But I don’t think he does. The problem is that I am still unsure how he answered the question or even if he did. He then goes on in the book to make other basic points about preachers having to engage with the peculiar pressures faced by people in our culture, particularly in the workplace. Again, it feels like this book was written by an older person because these seem like simple truisms rather than earth shattering insights in 2012. The book was published in 2000 and already feels dated (which partly proves his point above I suppose).

So, is it helpful? It is if you know nothing about history or the basic philosophy of missiology. It is definitely worth a read. It’s just that the book feels depressing, asks lots of questions, doesn’t provide any concrete answers and/or pointers and is lacking any real biblical punch. For a person arguing that we need to move on from old forms to engage with new he spent an awful lot of time engaging with old forms and even some dead philosophers, without making any real positive connection to the Twenty First Century. But maybe that was his clever postmodern point and I am just too thick to have realised it – which seems pretty plausible!

Previous
A Foretaste Of Heaven In 57 Seconds
Next
Niddrie Pastor Is Shutting Down! 20Schemes Has…